Precious Metals ( Gold ) is getting dimmer 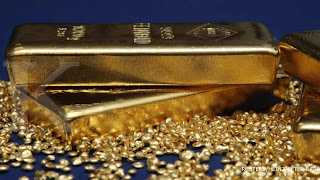 Precious metal sheen to fade . Take for example , the two main precious metals gold and silver . So far , the price of gold in the spot market has declined by 16 % from a high in the last year . Meanwhile , the price of silver has been undermined by 23.20 % in the same period .
A number of analysts , the strengthening of the exchange value of the U.S. dollar ( U.S. ) as the country's economic recovery , making gold as a save haven prestige of being dropped . Investors prefer riskier assets such as stocks to maximize profits . Let's look at analysts' predictions on the movement of both precious metal commodities .
1 . gold
The price of gold for delivery in June 2013 at Comex Exchange , yesterday ( 5/4 ) at 18:30 pm , slightly rose by 0.13 % to U.S. $ 1,554.40 per troy ounce compared to the previous day . Within a week the price of gold fell by 2.59% .
Nizar Hilmy , SoeGee Futures analysts say , the pressure on the current gold price is due to changes in the investment behavior of investors who fueled the U.S. economic recovery . Many investors who choose a more risky investment instruments . " This is evident from the stock price index in the U.S. is increasing, " said Nizar .
Late last week , the movement of gold prices had propped up by an agreement Cyprus bailout scheme . But because there is no new information regarding the continuation of the agreement , eventually triggering profit taking .
Ibrahim , an analyst at Harvest International Futures argues , is actually the price of gold at the end of the first quarter to get the positive sentiment from India who want to transfer assets from the U.S. dollar to gold . But , the sentiment was not able to keep up the pressure from the strengthening U.S. dollar . Both analysts had predicted , in the second - quarter gold price will still be depressed .
Technically , Nizar see there is a strong bearish signal on gold price movements . Indicator moving average ( MA ) indicates the price is below MA 25 , indicating there is potential for considerable further correction . Moving average convergence divergence ( MACD ) is still in the negative area , at the level of -5 with the movement down .
Nizar predictions , the next week the price of gold at U.S. $ 1,530 - U.S. $ 1,570 per troy ounce . Count Ibrahim , until the end kuartal-II/2013 , gold prices will drop in the U.S. $ 1,508 - U.S. $ 1,638 per troy ounce
2 . silver
Silver futures for May delivery contract on the Comex Exchange , Friday ( 5/4 ) at 21:00 pm , rose 1.04 % to U.S. $ 27.05 per troy ounce compared to the previous day . Week , the price of silver fell 4.48 % .
In addition to weakening dragged gold prices , commodities also depressed by high inventories . Meanwhile, imports of consumer countries like the U.S. , China and India are moderated.
Another negative sentiment comes from data release German unemployment and manufacturing are not as expected . " That's what makes silver continue to be depressed , " said Ibrahim .
Ibrahim Nizar and estimates , the price of silver in the foreseeable future will still decline . Technically , the stochastic indicator is in the area of ​​80 % negative and 20 % Bollinger bands above the lower Bollinger band . Indicator moving average ( MA ) 20 is above the lower Bollinger band and the relative strength index ( RSI ) 60 % in the negative area . All this indicates a pressure indicator .
Next week , Ibrahim suspect , the price of silver in the range of U.S. $ 26.288 - U.S. $ 27.385 per troy ounce . While the end kuartal-II/2013 in the range of U.S. $ 25.536 - U.S. $ 28.483 per troy ounce . Nizar projections , the price of silver to late - second quarter was at U.S. $ 24 -US $ 29 per troy ounce .

Email ThisBlogThis!Share to TwitterShare to FacebookShare to Pinterest
Labels: Gold hot info, gold price, What about the gold price for tomorrow ? 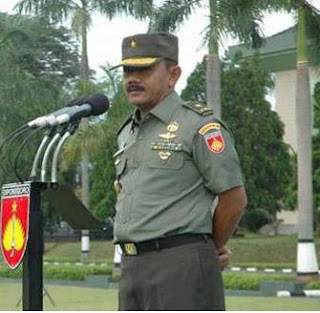 The case of the number of members of Kopassus unit deer enclosure in Prison Cebongan long tails , and military officials responsible for his men was affected.

" It is the policy of the management, evaluation and coaching part of the organization , " said Rukman , Kompas.com as confirmed by phone on Saturday ( 04/06/2013 ) morning .
According to the plan , handover will be conducted on Monday ( 04/08/2013 ) . Furthermore , Hardiono be commissioned in Army Headquarters . Commander IV turn this decision two days after the Army investigation team revealed the results of an investigation related assault incidents Prison Cebongan , Sleman , Yogyakarta , killing four prisoners on March 23, 2013 . Army investigation results stated that the attack involved 11 members of Kopassus .

However , when asked if the turn is part of sanctions over the incident , Rukman emphasize , this is just part of coaching .

" At its core is the part of the evaluation and coaching organization . Was it," he said .

Post - Prison Cebongan assault , Hardiono had expressed objection over the alleged involvement of its members in the event . At that time , he made sure that the perpetrator was not a soldier or a soldier. Perpetrators are a group of strangers . ( Read : Commander IV : Assault Perpetrators LP Cebongan Not TNI )
" As a commander , I take full responsibility with all that is in the region of the Diponegoro Military Command . No soldiers involved as a result of the security force commander can control all of them , " said Hardiono .

He said the military is currently investigating the involvement of soldiers in the attack against four suspected perpetrators of the persecution that killed members of the Special Forces Cage Menjangan , Kartasura , Master Sergeant Santoso . " What is clear and needs to be underlined is the unknown , " said Hardiono .

Hardiono also ensure that the weapons used to attack the four prisoners were not necessarily belong to the military . It was known as players use long guns and short . "This type of weapon was also circulated in the community . Not just soldiers or officers who have , " he said .